Copy of the Lodge Warrant

Know ye That we by the authority and under the sanction of the United Grand Lodge of England vested in us for that purpose and at the humble Petition of our Right Trusty and Well Beloved Brethren Ivor Edmunds, Vernon Mortimer-Bowen, Howard Rex Pitts, Harold McConchie, Stanley Dennis Costin, John Frederick Crawforth, John Percy Green and others do hereby constitute the said Brethren into a Lodge of Free and Accepted Masons under the Title or Denomination of the

The said Lodge to meet at Sudeley Castle, Winchcombe in the Province of Gloucestershire on the third Monday in January, February, March, April, May, October, November and December, empowering them in the said Lodge when duly congregated to make, pass and raise Free Masons according to the Antient Custom of the Craft in all Ages and Nations throughout the known World. And further at their said Petition, and of the great trust and confidence reposed in every of the above-named Brethren, We do appoint the said Ivor Edmunds to be the first Master, the said Vernon Mortimer-Bowen to be the first Senior Warden and the said Howard Rex Pitts to be the first Junior Warden for opening and holding the said Lodge and until such time as another Master shall be regularly elected and installed, strictly charging that every Member who shall be elected to preside over the said Lodge and who must previously have served as Warden in a Warranted Lodge shall be installed in Ancient Form and according to the Laws of the Grand Lodge that he may thereby be fully invested with the dignities and powers of his office. And We Do Require you, and the said Ivor Edmunds, to take special care that all and every of the said brethren are, or have been, regularly made Masons and that you and they and all other of the Members of the said Lodge do observe, perform and keep the Laws, Rules and Orders contained in the Book of Constitutions and all others which may from time to time be made by our Grand Lodge or transmitted by us or our Successors Grand Masters or by our Deputy Grand Master for the time being. And We Do Enjoin you to make such By Laws for the government of your Lodge as shall to the majority of the Members appear proper and necessary, the same not being contrary to or inconsistent with the General Laws and Regulations of the Craft, a Copy whereof you are to transmit to us. And We Do Require you to cause all such By Laws and Regulations and also an Account of the proceedings of your Lodge to be entered in a Book to be kept for that purpose. And you are in nowise to omit to send to us or our Successors Grand Masters or to Our Deputy Grand Master for the time being, at least once in every year, a List of Members of your Lodge and the names and descriptions of all masons initiated therein and Brethren who shall have joined the same, with the fees and monies payable thereon. It being our will and intention that this our Warrant of Constitution shall continue in force so long only as you shall conform to the Laws and Regulations of our Grand Lodge. And you the said Ivor Edmunds are further required as soon as conveniently may be to send us an Account in writing of what shall be done by virtue of these Presents.

By Command of the M.W. Grand Master 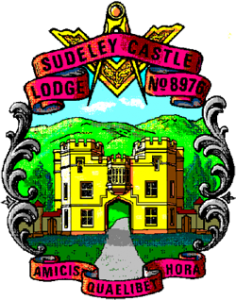